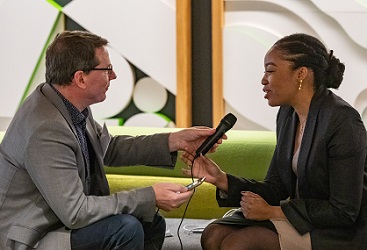 In just ten years, the number of corporations that ‘fess up to having an in-house agency has nearly doubled. In fact, a study conducted by IHAF and Forrester underscores the reality that insourcing is not a passing fad, but rather, the new normal when it comes to corporate advertising and creative services.

The fundamental reasons for this are clear. The combination of cost, speed, knowledge of the business, and knowledge of the brand makes in-house agencies an attractive proposition. Overlay some latent mistrust of the traditional external agency establishment and you can understand why internal agencies are on the rise. What interests me more, however, is the people who are making this happen—who are they, where do they come from, and what makes them succeed?

I don’t actually come from the agency world myself. My background has been in applying technology to deliver creative outcomes. So, I had only the slimmest understanding of what lay behind these people’s careers, based on obsessively watching David Bowie in Absolute Beginners as a youth and more recently MadMen, until it became soapier than the products Don Draper promoted.

After a lot of thought, I hit upon a way to get answers to my questions. I’d launch a podcast that would let me meet these creative leaders and get to the bottom of what makes them do what they do, what makes them effective doing it, and above all, learn some tricks of the trade.

Early last year, I launched the Inside Jobs podcast series—in partnership with IHAF. And, I’m happy to report that the experience has been as fun as it’s been educational. I’ve met people from brands we’ve all heard of and a few we haven’t. Some of these businesses have spanking new in-house agencies while others have teams that have been in place for decades.

Over time, I expected a few mutual threads to emerge among the people I was interviewing but, in fact, found no common factors among them! Any related hobbies? No. Interests or cultural tastes? No. Background in any given industry? Even this, no.

I did get a sense of some of the qualities that seem to make a difference, however—that seem to lift them above others. They share a focus on better creative work, retention of star employees and better visibility within their respective corporate echelons. This in turn gives them “a seat at the table” when strategic plans are being developed rather than waiting for the order to be placed—influencing direction versus being told what to do.

So, I thought I’d take this chance to recount what I found does seem to work. This list isn’t exhaustive, but it does, I think, capture the main ingredients necessary to run a successful corporate creative operation.

LESSON #5: Be a creative creative leader.

You don’t have to come up with all the ideas, but do you need to foster an environment that ensures they are practical. This means you need to know how creative people tick. While some of my interviews were with highly creative people, like Teresa Herd who is formerly of Intel (episode 11), many were with people who had come out of account management on the external agency side. Their experience working with creatives day in and out meant they knew when to coax and when to get the hell out of the way. One even went so far as to let warring factions across functions within her department fight out their disagreements when she knew it would result in better outcomes.

LESSON #4: Know your numbers and let them inform your practices.

Ever been on the defensive when a client or stakeholder complains of yet another screw up on a job? Your only recourse is to bark back that the team has a great track record and other people like what they do. And, that they’ve been super busy on that relaunch during an outbreak of Martian Flu.

Well, Amy Strickland at Sam’s Club (episode 6) said she doesn’t have that problem. She’s the queen of numbers when it comes to tracking everything and using data to demonstrate measured error rates, overdue amend cycles and drilling down on why jobs weren’t accepted by her clients. Amy has mastered how to take the emotion out of complaints and put the reason back in by relying on data.

LESSON #3: Build your team from the inside out and the outside in.

Marta Stiglin (episode 1) is the leading strategist and organizational consultant in the internal agency space. A former in-house leader at Bose and before that on the external agency side, Marta has spent the past 14 years advising leading brands on how to optimize their internal agencies, helping them organize and operate more effectively.

One of the keys Marta shared with me is the importance of defining what you are and what you are not. Don’t promote your in-house agency as a full-rounded jack of all trades if you can’t satisfy all of what that may entail. Instead, complement your team’s skills with closely managed external partners.

Don’t have niche expertise in app development? Call in a digital development specialist. Buried in tier-three studio work? Augment your team with a production partner. Whether you’re addressing capacity or capability concerns, a mix of fixed and variable labor lets you expand and contract as needed.

LESSON #2: Hire people smarter than you are.

Some years ago, when I wasn’t working for myself, I remember very quickly regretting hiring this one particular marketer. She had a fantastic resumé, broad experience and a very focused approach to her work. In fact, she seemed to outperform me on every level and I was soon terrified I’d be eclipsed by her.

Initially, I was quite defensive and, to my shame, hid her achievements and basked in the glory as they were attributed to me. It took months before I realized that she wasn’t as good as I was at being…me. In my role, I had experience and insight, as well as management relationships and credibility. After this Damascene conversion, I vowed to always recruit people who are of better quality and smarter than I am, which is why I can confidently say that in any company meeting I’m in, I’m the dumbest and happiest guy there!

LESSON #1: Focus on the idea; everything else is mechanics.

And finally, the lesson that impressed me the most over the course of my 20 or so interviews—this one eloquently expressed by Todd Miller of Experian (episode 10). Todd’s got a lot of big agency experience, but quit the industry when it consumed his life to the exclusion of his young family. And, since he knows a thing or two about how run a great campaign, he took that with him when he moved to Experian in LA.

According to Todd, every successful promotion starts with presenting the business challenge to a small team of uber-creative thinkers and allowing them to go away, develop ideas and come back to pitch them to him. He’s not interested in media, execution or production details—just the pure, unadulterated idea. His focus is on helping his team explore and develop their ideas fully without getting caught up in the mechanics. The mechanics are important, but Todd’s point is that we shouldn’t let the execution process obscure the thought process. We don’t ever want to forfeit one for the other.

So, there you have it, five lessons gleaned from nearly 20 interviews over the course of 100+ hours of recorded conversations. Of course, this is a journey and there’s more to learn every time I speak with one of you. The good news is that I’m ever curious; I hope you are, too! And, I hope you’ll subscribe to Inside Jobs, the podcast featuring in-house agency leaders. Then, let us know what you think. 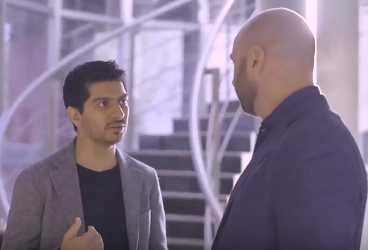 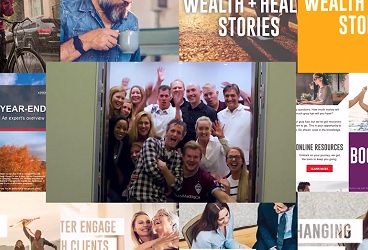