Inside Bloomberg’s Year on Top 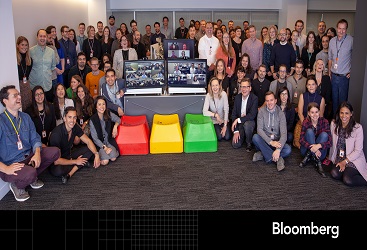 Gearing up for their live presentation at the IHAF Leadership Summit in April, Bloomberg Studio’s operations and project management lead, Erin Kennedy, reflects on how being named In-House Agency of the Year impacted her 100-person team, with advice for those considering a run for the title in 2019.

All creative agencies have experienced awards season—a pleasant title for the red-hot mad, teeth-pulling rush to cobble together multiple case study submissions in a matter of weeks. (Thank goodness for extended deadlines.) Every year, the team at Bloomberg Studios submits several projects to various awards competitions and once submitted, we don't really think about them again until the winners are announced. With IHAF’s In-House Agency of the Year award, it was a different story.

We have been members of IHAF for a few years now, and I have always found it to be an incredibly valuable community. Attending the IHAF conference in 2017, I was introduced to their awards showcase and became particularly interested in the In-House Agency of the Year award, which the team at AT&T deservedly won that year.

After the conference, I rushed back to New York and announced to my team that we were going to enter in 2018. We spent two months prepping our work, writing our submission script and creating a video until we finally hit submit. Unlike other award submissions, however, we didn't stop talking about it for the full three months leading up to the IHAF conference—showing our submission to anyone who would listen as long as we had a captive audience and a screen. To say we were passionate is an understatement.

Fast forward to the IHAF conference luncheon in November, where Roger Hyde who leads the team at AT&T announced Bloomberg Studio as the winner of the 2018 In-House Agency of the Year award. We were utterly shocked! We had been so excited for so long and the buildup had been so great that when it actually happened, we couldn’t believe it. We were also up against some formidable finalists, which only added to the suspense.

After accepting the award, Mike Eisenreich, who leads Bloomberg Studio, immediately sent an email to our entire department with the news. Upon receiving Mike's note, the whole floor erupted in applause. Leaders from other departments extended their congratulations. And, two weeks later, we threw a party to celebrate. Today, Bloomberg Studio proudly lists our In-House Agency of the Year win in our overview presentations. The award has not only been a valuable addition to our story, it has created a stronger sense of pride and respect within and outside of our team.

A few weeks ago, we held our annual Studio Summit—an event that brings together our global Studio team for a week of inspiring sessions and team-building events. It’s a great time to celebrate a year's-worth of hard work while focusing our team on the year ahead. Our In-House Agency of the Year award reinforced all of that. In fact, we’ve already started thinking about which projects we might submit to this year’s competitions. What’s really cool about the IHAF Awards is that all of the submitted work is on display for people to view during the conference. Just seeing all the beautiful work from various in-house agencies is incredibly inspiring, so it’s an honor to have your team’s work share that spotlight.

To those of you thinking of entering the 2019 In-House Agency of the Year competition, my advice is to get your department excited about it early. The hype we created around the award in the months leading up to it produced a great sense of camaraderie among those on our team. Because they were excited and invested, it made for a smooth process getting the submission materials together—not the red-hot, mad-rush we usually experience around awards season.

Thank you, Erin. And congratulations, once again, to Bloomberg Studio. IHAF’s In-House Agency of the Year Award recognizes internal advertising and corporate creative teams for outstanding performance when it comes to business impact, client partnership, internal/external collaboration and more. Our call for nominations opens in late spring. Visit our awards site for more on past winners and entry details. 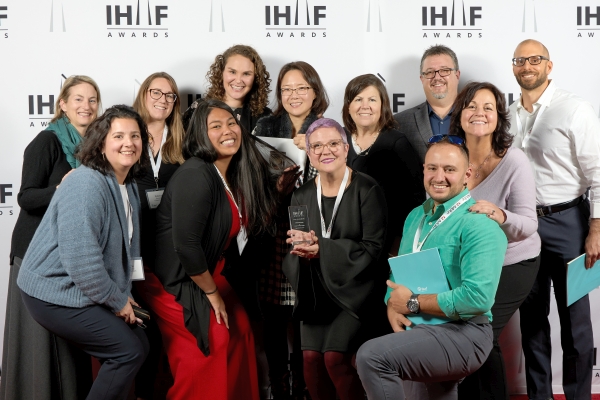 Entry season for the IHAF Creativity Awards is heating up as internal agencies submit their finest work from last year. How does your team's print and digital prowess compare to the best of the best?

Submissions that boast creative excellence could win Honorable Mention, Silver, Gold or even the … 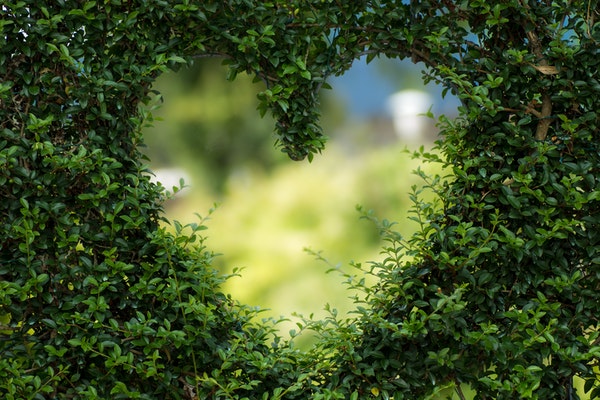 As a result, brands …