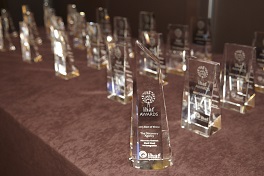 Each year, numerous winners leave the IHAF Awards Show with accolades in hand. Only one team, however, walks away with the coveted, crystal Best of Show trophy—the clear stand-out among all of the work submitted that year.

The Best of Show winner is chosen at the end of a day-long process where our judges have poured over 500+ print and digital submissions. At that point, the IHAF team tallies their votes and gathers all of the gold-winning entries (the highest scoring within each category) into the center of the room and invites the judges to have another go, re-scoring the bunch to determine what will be named Best of Show.

As someone who has observed the judging process for a handful of years now, I can tell you that this is the most-fun part of the day. This is when the judges discuss and debate (and I mean debate) which piece deserves to be named the very best. From print to TV to internal comms, the Best of Show winner varies from year to year. We’ve seen it all but in case you haven’t, I’d like to share a few of my favorites.

Our first-ever Best of Show trophy was awarded in 2009 to Yellow Shoes Creative, the in-house agency at Disney. This iconic campaign, The Force is Calling, promoted Star Wars Weekends at Disney’s Hollywood Studios by summoning the galactic hero in all of us.

A couple years later, Timberland took top honors with its beautifully crafted Look Book, combining the outdoorsy roots of the well-known brand with high-fashion photography for a stunning effect.

Our 2012 winner was certainly a fan favorite, as Timex took the win with its No One Ever Says Let’s Play Triathlon campaign, featuring an arresting series of photographs promoting the timekeeper’s Ironman Global Trainer athletic watch.

Which brings us to last year’s Best of Show, a standout when it comes to creativity on a shoestring budget. Hewlett-Packard’s internal Big Trumpet Awards teaser poster series took the judge’s collective breath away, resulting in a unanimous vote.

What pieces stand out as your favorites? It’s easy to look back at all of our Best of Show winners, as well as the Gold, Silver and Honorable Mention recipients over the years. Visit the IHAF Awards archive and let me know what you think. And if you want your team’s work featured in our hall of fame with a crystal trophy (or two) perched proudly on your shelf, enter the IHAF Awards by June 30th. I can’t wait to see what you submit! 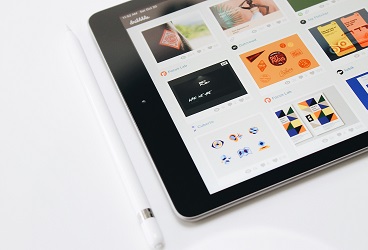 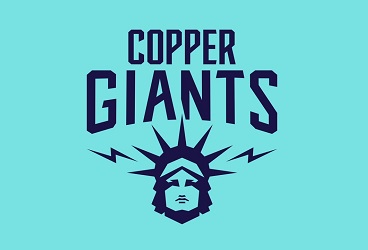